The mandibular salivary gland is located at the bifurcation of the maxillary and linguofacial veins. (Fig. 1) The duct empties at the sublingual papilla, which is lateral to the most rostral aspect of the frenulum of the tongue. The gland has a well-defined capsule. The sublingual gland has two distinct portions, the monostomatic portion, which is immediately adjacent and rostral to the mandibular gland, and the polystomatic portion, which are small islands of gland dispersed along the salivary duct. The sublingual salivary duct is closely associated with the mandibular duct. The parotid gland is located at the base of the ear canal. Its duct empties adjacent to the upper 4th premolar. This is a wide, but thin gland; not globoid like the mandibular gland. The zygomatic gland is just ventral and medial to the zygomatic arch and the duct empties 1 cm caudal to the parotid duct.

A salivary mucocele is the accumulation of saliva outside of the gland or duct system. The mucocele is not a true cyst since it does not have a secretory lining. It can be due to a variety of causes. Trauma to the head or neck that causes injury to either the gland or the duct can cause leakage of saliva. Oral mucocele (ranula) is a reported complication of mandibulectomy in dogs and cats. Infection or inflammation (sialadenitis) may cause enough tissue disruption to allow leakage. Histopathology of salivary tissue removed to treat mucoceles frequently reveals inflammatory changes. Although rare in dogs and cats but more common in humans, calculi can cause obstruction of the salivary duct with subsequent rupture of the duct and leakage. Rarely, neoplasia of the gland can cause disruption of glandular or ductal tissues.
Mucoceles are classified by their location. The cervical mucocele is the most common. A fluctuant mass is seen in the submandibular region and the leaking gland or duct is either the mandibular or the sublingual. If large, the mass may be mid-cervical or encompass the entire ventral aspect of the neck. An oral mucocele, also called a ranula, is due to leakage from the sublingual gland or duct and the swelling is intra-oral and lateral to the tongue. A pharyngeal mucocele is very similar to cervical but the fluctuant swelling is present in the pharynx, near the tonsil. Like the cervical mucocele, the pharyngeal is due to leakage from either the mandibular or sublingual salivary glands. Finally, the zygomatic mucocele can cause exophthalmus and/or peri-orbital swelling and is due to leakage from the zygomatic salivary gland.

Clinical signs of mucoceles vary according to their location.  The cervical mucocele causes a fluctuant, non-painful swelling in the cranial ventral cervical area. (Fig. 2)  The mass usually lateralizes to the affected side. However, in some cases the mass is directly on midline making it difficult to determine whether the right or left salivary glands are causing the problem.
The oral mucocele, or rannula, can cause dysphagia, anorexia, excessive salivation, abnormal movements or protrusion of the tongue. (See previous post on Ollie for a case example.) The ranula may be large enough to be visible by the owner. It appears cystic and can be large enough to deviate the tongue to the opposite side.
Dogs with a pharyngeal mucocele (Fig. 3) can present for inspiratory stertor and dyspnea since the fluid filled mass causes a physical obstruction in the pharynx and upper airway. Difficulty swallowing can also be a sign of pharyngeal mucocele.
A mucocele of the zygomatic salivary gland can cause exophthalmus, divergent strabismus, and a fluctuant swelling in the orbital area.

In most cases, salivary mucoceles are not a diagnostic challenge. The animals have a history of an acute or chronic fluctuant swelling that is not painful. Aspiration of the mass typically reveals a straw colored, mucinous fluid that appears ropey when pushed through a needle and syringe onto a slide. (Fig. 4)
Cytology of the fluid reveals few cells unless the mucocele is very chronic or infected in which case more evidence of inflammation is seen.
Diagnostic imaging is usually not necessary but may be indicated in complicated cases or ones in which the presentation is atypical. Ultrasound or computed tomography may be helpful in animals with zygomatic mucoceles to differentiate the mass from neoplasia or foreign body.
In some animals, the cervical mucocele is difficult to lateralize because it is either directly on midline or very large. Simple methods to determine the affected side are to lay the dog on its back and see to which side the mucocele gravitates. (Fig. 5) Sometimes by pushing medially on the mucocele while doing an oral exam the clinician can see one side of the pharyngeal wall bulge inward. In the rare case where the affected side is still unclear after these manipulations, positive contrast sialography can be performed. Contrast material is injected into the salivary duct and the resultant images studied for evidence of leakage or obstruction.

Regardless of location, the definitive treatment of a salivary mucocele involves removal of the offending salivary glands. Performing only drainage of the mucocele will not result in long-term resolution.
Surgical excision of mandibular and sublingual glands is the treatment of choice for cervical mucoceles. (Fig. 6) The mandibular gland, and the monostomatic and polystomatic portions of the sublingual gland are removed as a unit since their ducts are closely associated. The surgical approach is directly over the mandibular gland that lies just cranial to the bifurcation of the jugular vein into the maxillary and linguofacial veins. The capsule of the mandibular gland is incised to allow dissection and removal of the gland. Dissection then proceeds cranially along the mandibular duct. (Fig. 7) The multiple portions of sublingual gland are removed with the mandibular gland and the ducts. Dissect the ducts as far cranially as possible, then ligate and remove the tissues. Take care to avoid injury to the lingual nerve which lies over the salivary duct and serves as the most rostral limit of the gland and duct excision. Place a pen-rose or closed suction drain in the mucocele and close the incision routinely.
The etiology of pharyngeal mucoceles is similar to cervical mucoceles since they are also caused by leakage from the mandibular or sublingual glands. Therefore, remove these glands as described under cervical mucoceles. In addition, excise the pharyngeal mucocele via an intra-oral approach. Make an elliptical incision at the base of the mucocele, and excise the redundant mucosa and underlying tissues to be sure that the interior of the mucocele has been exposed. Although marsupialization of the resultant pharyngeal defect has been described, the author simply leaves this incision open to heal by second intention.
An oral mucocele, or ranula, is treated by “deroofing” the mucocele, followed by marsupialization. (See previous post on Ollie.) Deroofing is performed by simply removing the mucosa over the dorsal portion of the swelling being sure to expose the inside of the mucocele. Marsupialization is performed by suturing the inner lining of the mucocele to the oral mucosa. This allows the mucocele to remain open and drain into the mouth. Suturing is usually done with an absorbable suture such as Monocryl or PDS. Removal of the mandibular and sublingual salivary glands on the affected side is also be performed to prevent recurrence.
The zygomatic mucocele is treated by removal of the zygomatic salivary gland, which is located just ventral to the eye and medial to the zygomatic arch. Removal of the gland can be performed by partial removal of the zygomatic arch, or by ventral orbitotomy. The zygomatic arch can also be temporarily removed to provide exposure, and then reattached with orthopedic wire. Be careful not to injure orbital structures during the dissection.

Submit removed tissues for histopathology and culture. If a pen-rose drain was left in the mucocele, remove it once drainage becomes minimal. If infection was suspected or documented by positive cultures, treat the dog with appropriate antibiotics for at least 7-10 days. After marsupialization of a ranula, feed the dog soft food for 2-3 weeks, and flush the mouth with water or oral antiseptic lavage after eating.
Complications after treatment of a salivary mucocele are rare. A seroma can occur due to the dead space created by the mucocele. Conservative treatment with warm compresses is usually effective. Recurrence of mucocele is rare but may indicate incomplete removal of the affected salivary tissue, or that the incorrect gland was removed. 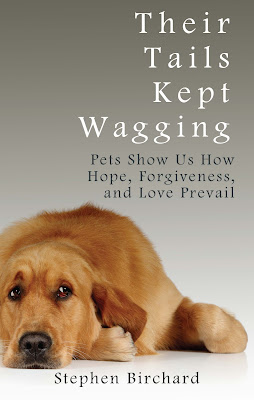 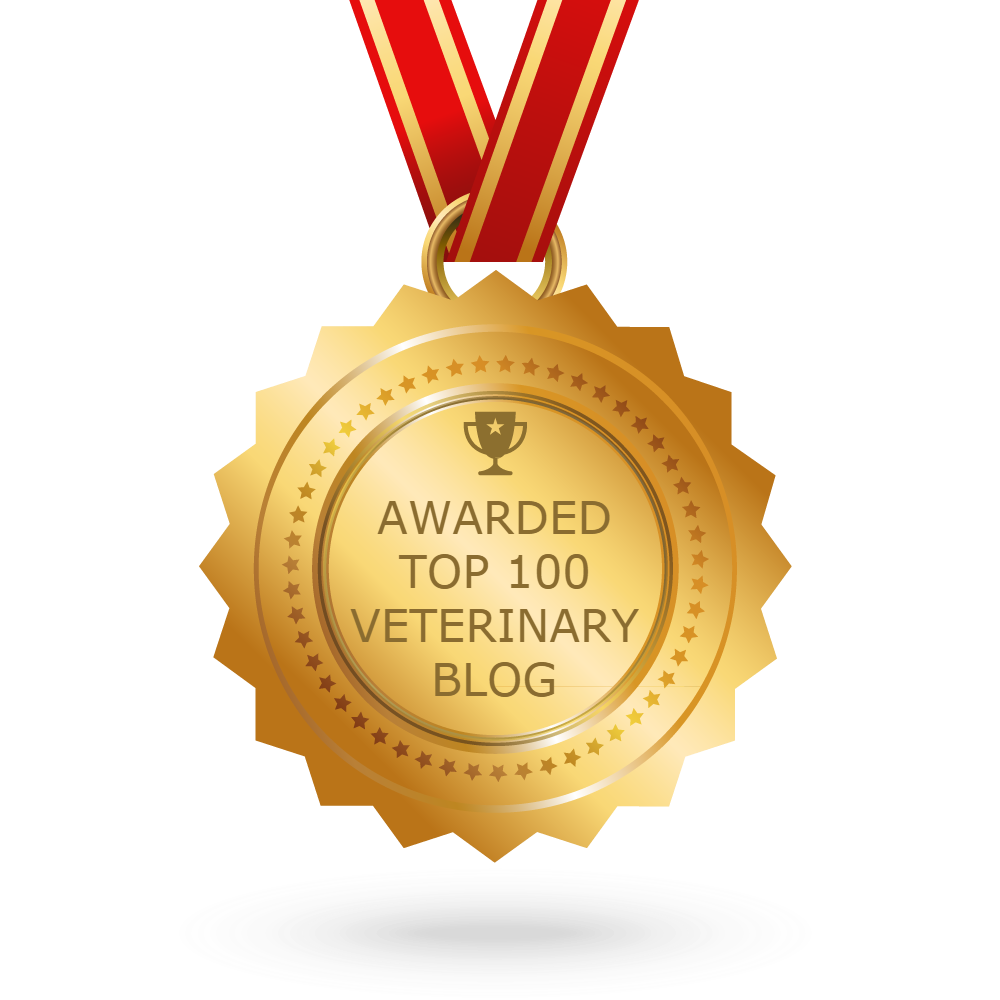 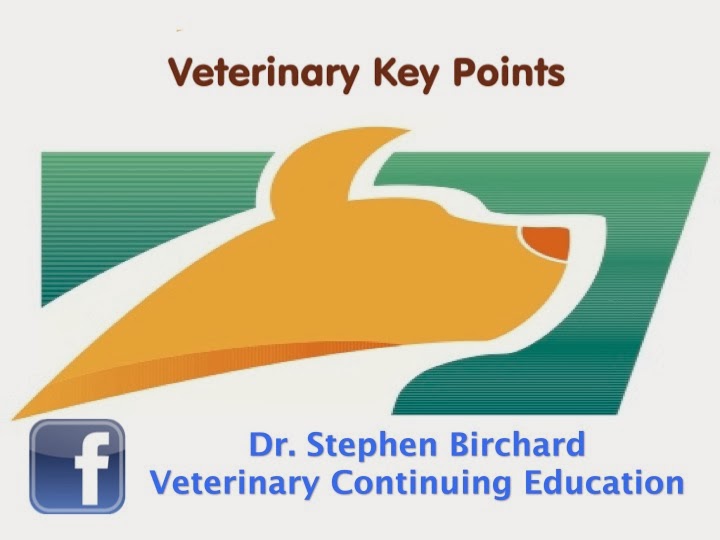